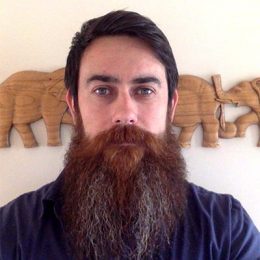 Éamonn Costello is an Irish traditional musician and native Irish speaker from the Conamara Gaeltacht (Irish speaking district) in Co. Galway. His PhD, awarded in 2016 by the University of Limerick, is concerned with the relationship between the Oireachtas na Gaeilge festival and vernacular Irish language song; it is titled ‘Sean-nós singing and Oireachtas na Gaeilge: Identity, Romantic Nationalism, and the Agency of the Gaeltacht Community Nexus’. He received an MA in Ethnomusicology in 2008 from UCC, and a BA in Irish Music and Dance from the University of Limerick in 2007. Éamonn lectured on Irish traditional music, ethnomusicology, and world music at the Irish World Academy from 2010 to 2015, and is currently working as an Irish language teacher in the School of Culture and Communications at the University of Limerick.

Éamonn has published reviews in academic journals such as Ethnomusicology: Journal of the society for Ethnomusicology, and the World of Music (new series). As a musician, Éamonn has collaborated widely with other musicians and groups; in 2010, along with Limerick fiddler, Cathal Clohessy, he released a duet album of Irish traditional music, Bosca Ceoil and Fiddle, which has been lauded by critics both nationally and internationally.